Our ancestors played a pivotal role in making us who we are today.  Our history must be passed on from generation to generation.  It is with great pleasure that we pay tribute to those who have gone on before us and those who have crossed our paths.   Please view the past Pastors of St. Rest Baptist Church along with the various church locations and worship centers. 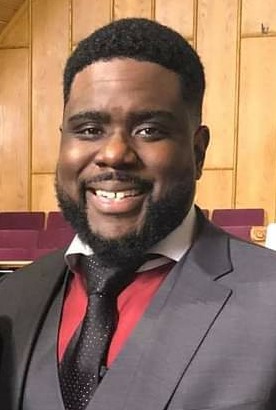 Pastor Michael Faggett passionately believes he is called not only to serve those who already are members of the church.  He is also called to bring new members to the Christ fold. The church exists for the world. The missionary task of the church forms an essential part of the calling. Under the direction of the Holy Spirit, Pastor Faggett accepted the call from God and this congregation. He was installed on October 25, 2020 as the sixth pastor of the Historical Saint Rest Baptist Church. He believes that He is… a servant of both Christ and the church.  He is…. a steward in the household of God.   He is..…a teacher to explain the mystery of the gospel. He is…a shepherd who cares for the flock.  He is…an ambassador and messenger of our Lord and Savior, Jesus Christ proclaiming the message of reconciliation. He is.…called to engage in and to promote the work of evangelism. Pastor Faggett receives his direct orders from God to lead us in the local, regional, and national realm of this world. We must do the work of the Master….saving souls for the eternal heaven and performing missionary work.  God will bless our congregation to receive Pastor Faggett. We ask God to grant his will for us.  Now it is time to GO TO WORK for the KINGDOM!!!  “I Am On the Battlefield For My Lord.” 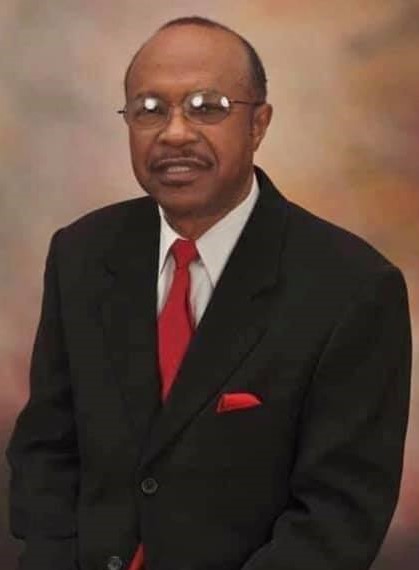 Pastor Lonnie Hamilton retired  from New Boggy Baptist Church, Bethany, Louisiana after serving as the congregation’s overseer for thirty-eight (38) years.  Presently he serves as the Department Chair of Social Sciences at Southern University, Shreveport campus. We are excited to welcome him as our Interim Pastor.  We look forward to him sharing his vast biblical knowledge,  pastoral experiences, and leadership skills. Thank you Lord for your blessings as we continue this journey.  ” Here Am I.  Send me, I’ll go.” 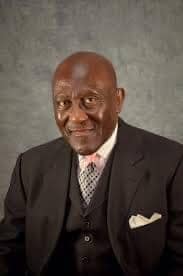 Dr. Harry Blake served as Interim Pastor for a short time but his presence, instructions, and sermons made a huge impact on his St. Rest family, his church membership. He was declared Pastor Emeritus at Mt. Canaan Baptist Church, Shreveport, LA where he served as the Shepherd for more than 50 years. Dr. Blake has so many accolades to his name. He served in the following institutions and organizations…only to name a few: President of the 13th District Louisiana Missionary Baptist State Convention, Pastor Emeritus of the Louisiana Missionary Baptist State Convention, Vice President Emeritus of the National Baptist Convention USA, INC, and  founding leader of Northern and Central Louisiana Interfaith and Together, Louisiana. One of his most passionate works was displayed in the Civil Rights Movement where he marched along the side of Dr. Martin Luther King, Jr and others. They walked and nonviolently protested for racial injustice and inequality.  St. Rest Baptist Church was the only church in Shreveport that was bombed during the Civil Rights era. Before, during, and after the Civil Rights Movement, Dr. Blake remained steadfast in the pulpit preaching and teaching God’s word. He preached heavily filled, thought provoking,  conscious wrenching, and motivating inspirational sermons……not to mention his great sense of humor mixed in.  On March 8, 2020, Dr. Blake was instrumental in dedicating the Reverend Robert L. Walton Fellowship Hall and the 1600 block of Garden Street in Honor of Reverend John B. Simmons. On July 15, 2020, he was also instrumental in assisting in St. Rest Baptist Church to become a Historical Marker. The State of Louisiana so graciously approved and recorded our church to be remembered for all generations to come. His great achievements and accomplishments during his time on earth were immeasurable.  He has certainly left a legacy to remember and cherish.  “May The Work I’ve Done, Speak For Me.” 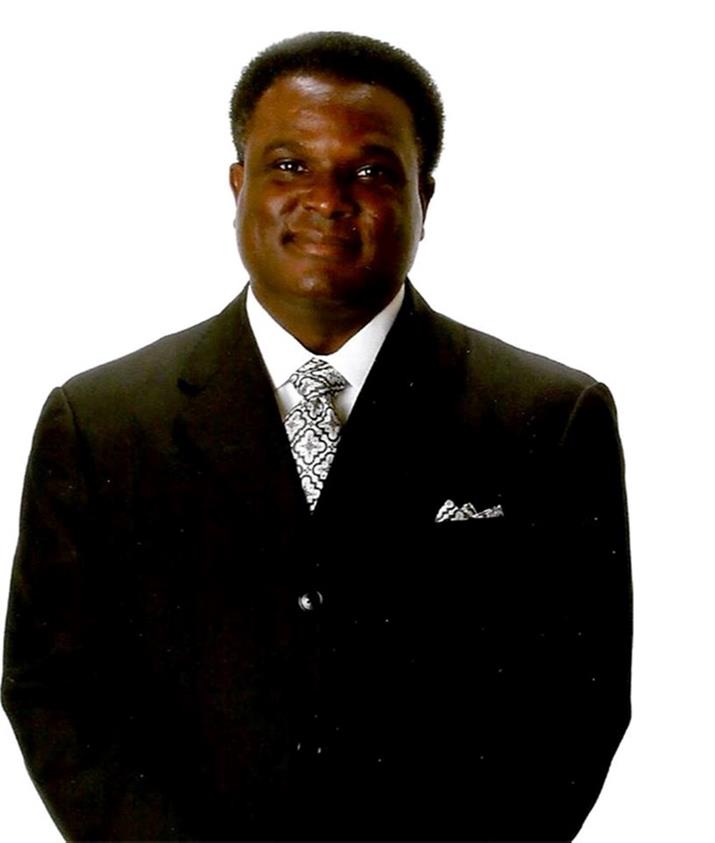 The Lord guided Pastor Clayton Moore to become the Shepherd to oversee the St. Rest Baptist Church flock in January, 2015.  Pastor Moore served as pastor of the Bread of Life Community Baptist Church in Kansas City, Missouri for fifteen (15) years before arriving in Shreveport, Louisiana. Prior to Kansas City, he served as pastor of St. Savior Baptist Church, Shreveport, Louisiana for two (2) years.  Pastor Moore is known as a Great Pastor, Teacher, and Counselor. His educational background consisted of a Bachelors of Theology Degree, a Bachelors of Science Degree in Organizational Management, and Masters of Divinity Degree. His preaching was AWESOME. His sermons were always well- prepared and spirit-filled. Anyone could tell that he truly studied God’s word. He led by example………He Talked the Talk and Walked the Walk.

His vision for the church was to move beyond these doors into the community to seek those who are in need physically and those who are spiritually lost.  He often spoke of how social programs are doing the work of the church and the church should get involve. He saw an opportunity of reaching those in need, those who were broken, those who were lost, and those society had forgotten or overlooked. Under his pastoral leadership, we are extremely proud of his noteworthy accomplishments.  We collectively created a mission statement for the body of believers and church bylaws to govern the body.  He initiated partnerships with Inner Faith, a social justice program.  Through Inner Faith, we partnered with The Fuller Center for Housing.  We also partnered with Harmony Faith Ministries, a feeding program and the Eddie Jones Head Start located on Ford street. Pastor Moore started a noon day Bible Study on Wednesdays and an exercise program every Wednesday night before Prayer Meeting. Movie day held once a month was created for the retirees and elderly. He, his wife, and a group of members created our Media Ministry which includes the Church Website, Facebook, and Instagram pages. The church’s audio/visual and  sound system area was included in this ministry.  One major huge accomplishment……..We are now able to give tithes and offerings electronically through the website and mobile apps.  The Women’s Ministry became vibrant and active again. They partnered with the Rescue Mission to perform missionary work.  As time rolled on  and after much prayer, the Lord then guided Pastor Moore to be the Shepherd over the Second Baptist Church flock in Las Vegas, Nevada, September, 2019.  We are immensely grateful to Pastor Moore and his family for the leadership, guidance, fellowship, and friendship they provided to all of us. Pastor Moore’s sermons, teachings, and advise are forever embedded in our minds and hearts.  To God Be the Glory for the Great Things He Has Done! 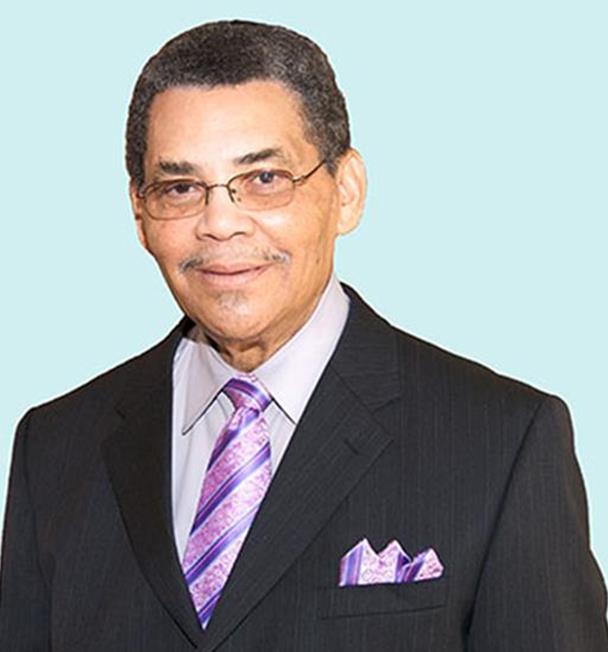 The Late Pastor Robert Walton  served as a Pastor, an Educator, a Community Leader, and a Newspaper Spiritual Column Writer.  Prior to being called to the ministry, he served as the Chairman of the Deaconboard at St. Rest Baptist Church.  In 1980, he was called to the ministry. In 1991, St. Rest Baptist Church called him as Pastor. His guidance from the Holy Spirit and exceptional leadership skills helped and encouraged St. Rest Baptist Church to move on to greater heights. Several of many major accomplishments included the initiation and the completion of “The Fellowship Hall” and the obtainment of the property on Garden Street for parking purposes.  As an educator, he crossed the paths of many students in the Caddo Parish School system. He served as an Assistant Principal at Herndon Middle School and North Caddo High School. He later served as a Principal at Walnut Hill Elementary/Middle School.  As a community leader, he served on the Shreveport Metropolitan Planning Committee. After having an intense and busy schedule, he always found time to write a weekly column entitled “Incentives for the Week” in the Shreveport Sun newspaper. From those weekly columns, he wrote a  book entitled “Incentives for Positive Living”.  St. Rest Baptist Church and the Ark-La-Tex are truly blessed to have had a MAN OF GOD….A TRUE LEGEND come this way to share his presence, knowledge, instructions, and spiritual  messages from his sermons, book, and column in the weekly newspaper.  On Sunday, March 8, 2020, the church fellowship hall was name in his honor, the Rev. Robert L. Walton Fellowship Hall. “What A Mighty God We Serve!” 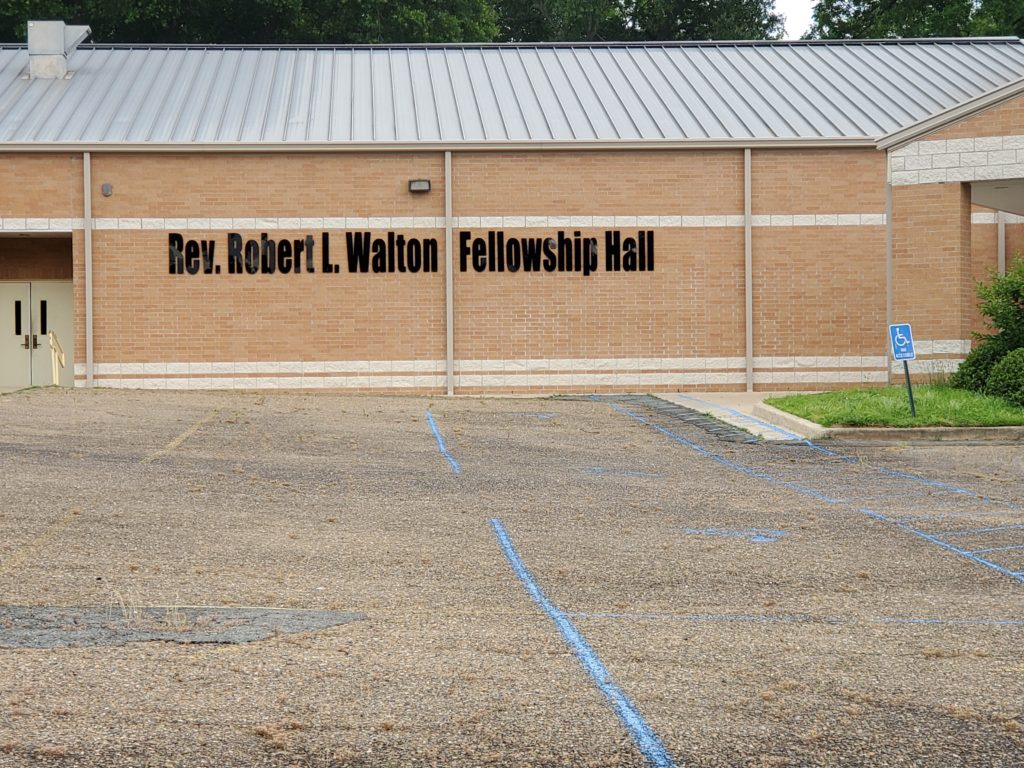 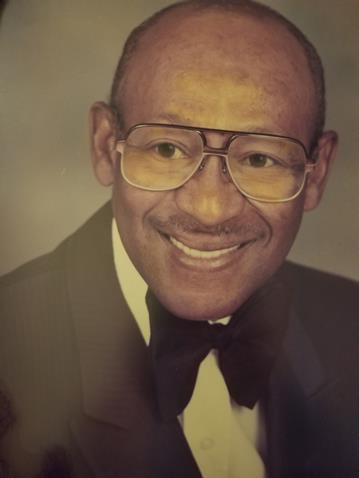 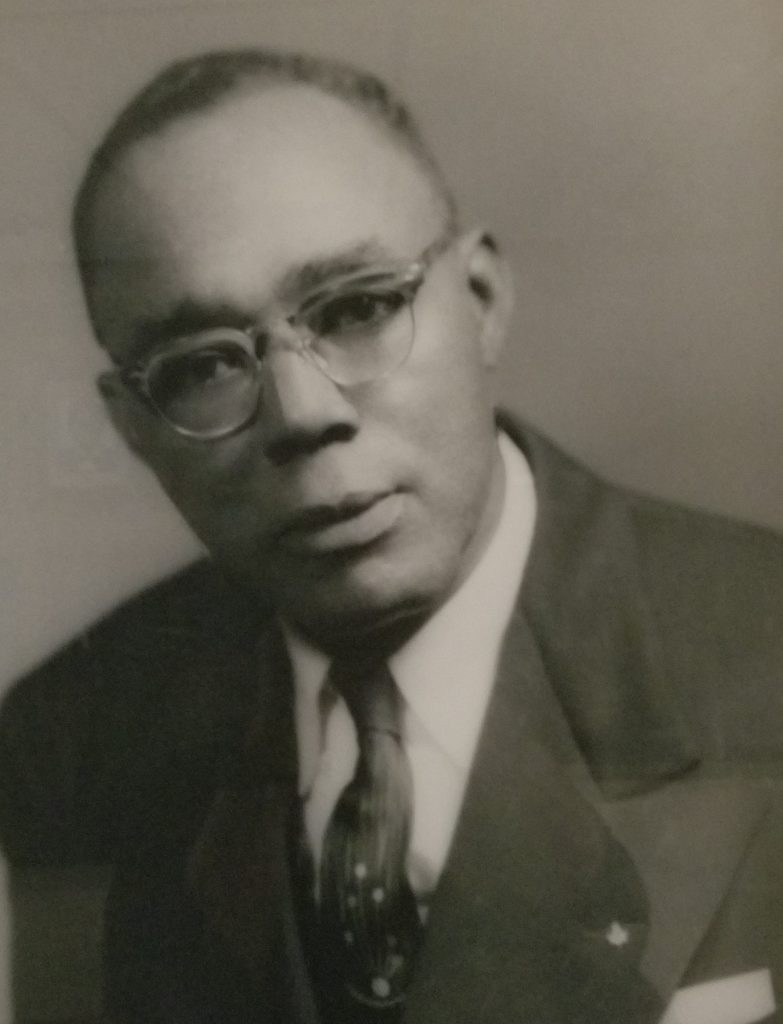 Pastor Simmons was a true solider in the army of the Lord. His committed years of service yielded him to move on up a little higher in God’s kingdom. God directed him to relocate St. Rest Baptist Church’s congregation to  another newer, bigger, and modern building for worship and bible study. Many members and visitors marched from the old church to the new location, 1664 Garden Street, Shreveport, LA.  On Sunday, March 8, 2020, Garden Street was named Rev. John P. Simmons Street.  “We Come This Far By Faith.” 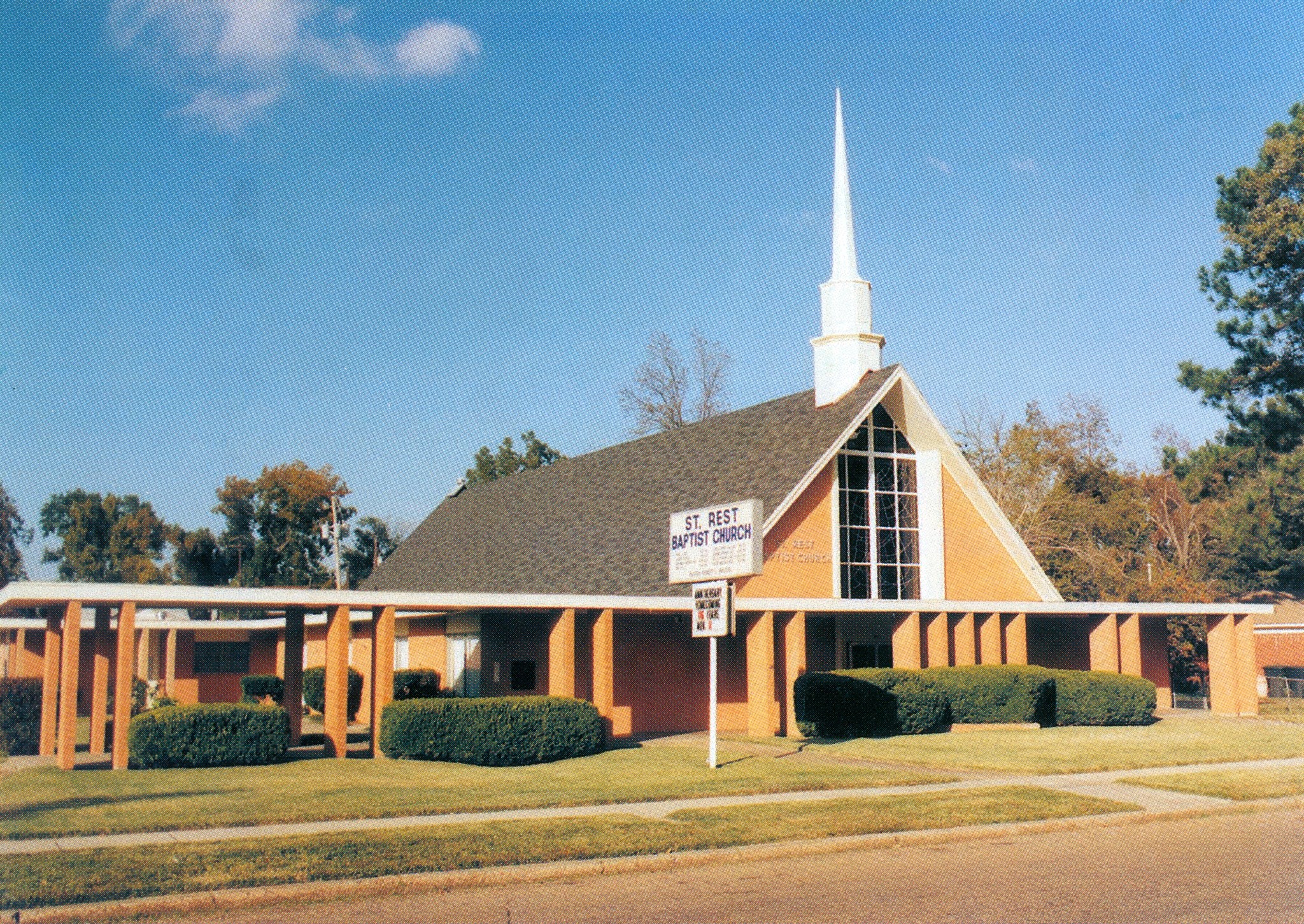 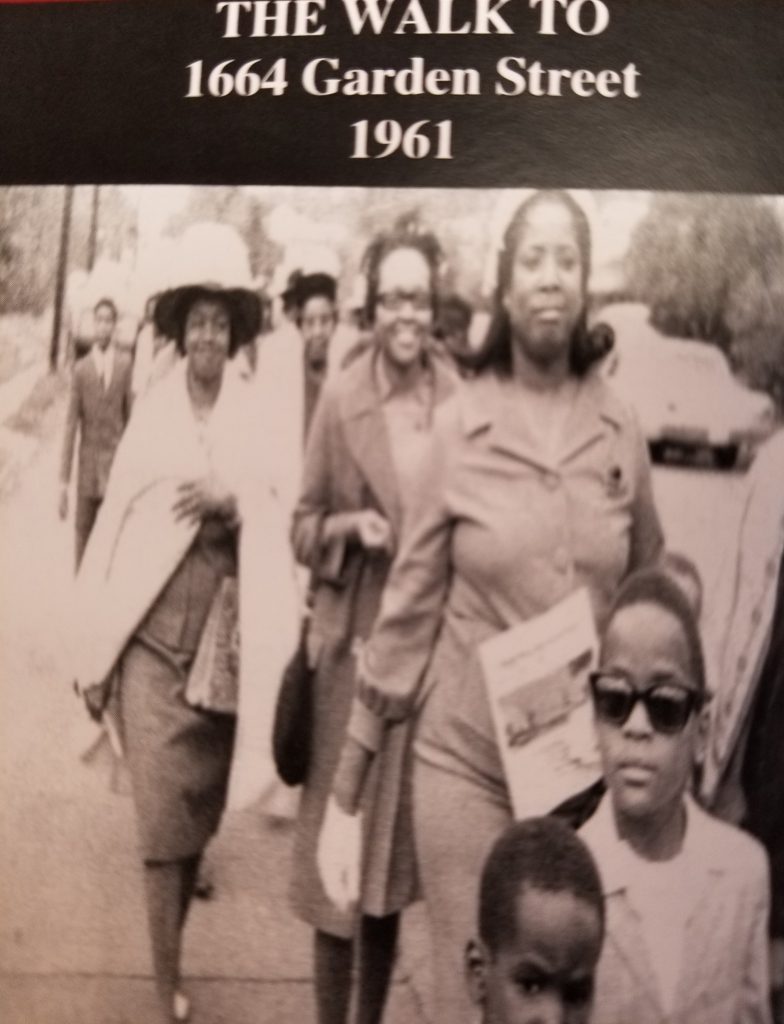 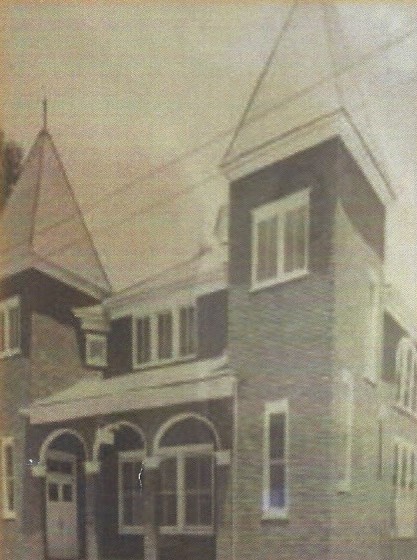 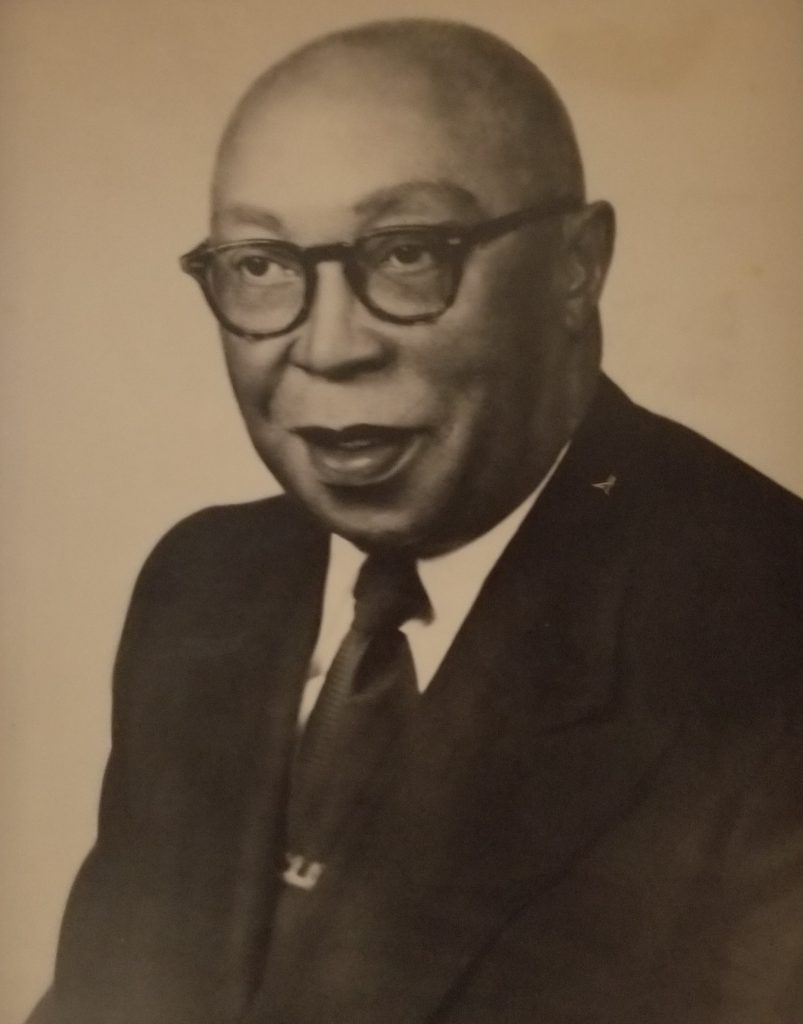 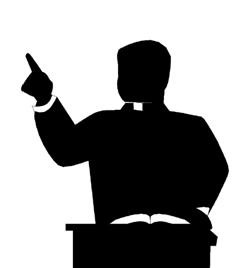 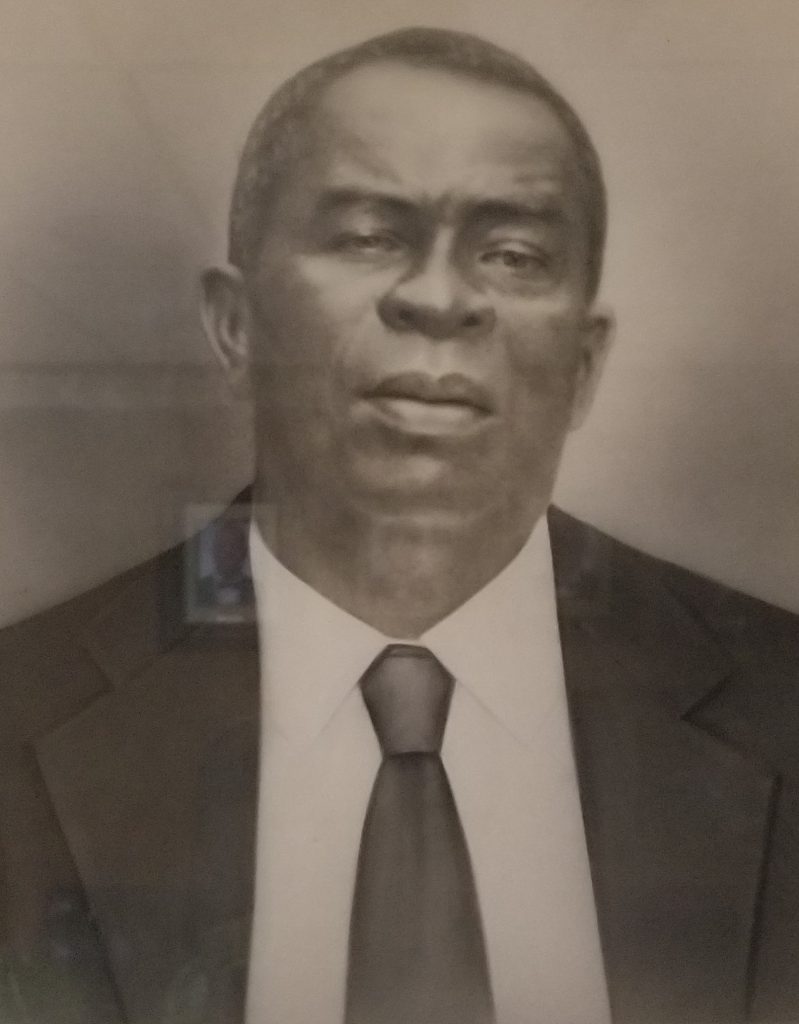